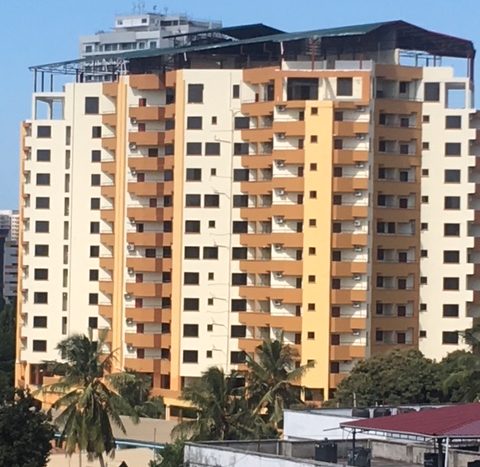 Tanzania’s property market is set to grow sharply in coming years, supported by strong, uninterrupted economic growth. Tanzania’s economy grew by 7% in 2018, following an average real GDP growth rate 6.5% from 2000 to 2017, primarily driven by its booming construction sector. Since taking office in November 2015, President John Magufuli has embarked on an ambitious program of industrialization, investing billions of dollars in infrastructure and various housing projects.

The construction sector grew by more than 17% annually from 2016 to 2018. Despite this, housing demand still far outstrips supply. The country is experiencing rapid population growth of 3.11% annually and an urbanization rate of 5.22%, according to the Centre for Affordable Housing Finance in Africa (CAHF), create strong demand for housing, especially in the city centre.

Housing demand is increasing by about 200,000 units annually, with the current housing deficit estimated at about 3 million units, according to Tanzania Ministry of Lands, Housing and Human Settlements Development.

“The Tanzanian housing sector’s fast-growing demand is mainly driven by the strong and sustained economic growth with GDP growth averaging 6-7% over the past decade, the fast-growing Tanzanian population which is estimated to be 55 million and is expected to more than double in 2050 and efforts by the government in partnership with global non-profit institutions and foreign governments to meet the growing demand of affordable housing,” said the Bank of Tanzania, the country’s central bank.

The expatriate market in Dar es Salaam is relatively small and dominated by employees of donor agencies and other multilateral institutions. Although experiencing rapid economic growth, Tanzania remains one of the poorest countries in the world, with GDP per capita of just US$1,040 in 2018, according to the International Monetary Fund (IMF).

Non-citizens may only acquire land (leasehold) for investment purposes, subject to the approval of the Tanzania Investment Center (TIC) for the mainland or the Zanzibar Investment Promotion Authority (ZIPA) for Zanzibar. All land in Tanzania is owned by the state, and can only be leased to individuals for five to 99 years.